Get fresh music recommendations delivered to your inbox every Friday.
We've updated our Terms of Use. You can review the changes here.

To Combat Loneliness: Compositions Based on the Works of David Foster Wallace

by Tyson Allison and Aaron Kerr 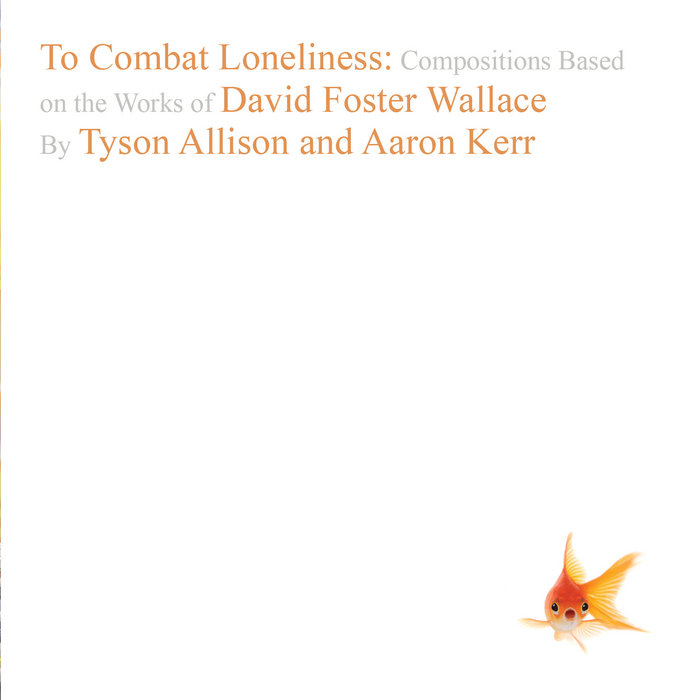 The concept for the DFW Project began a few years after the untimely death of internationally acclaimed writer, David Foster Wallace. A posthumous book by DFW called, "The Pale King" had been released, and musician/producer/record label owner Tyson Allison was standing in a Barnes & Noble reading the first page of it; a description of a midwestern vista with a field and surrounding landscape. Tyson had been a longtime reader of DFW's books, and having this new book in his hands coupled with the beauty and sophistication of the opening page reminded him of just how incredibly talented and unique DFW was, and what a loss the literary world had suffered with his death. In a swell of emotion, an idea came to Tyson—to pay tribute to DFW and express appreciation for the man's works via music. After thinking about it for awhile, he knew it would be difficult, and that it wouldn't be ordinary songs. These would be instrumental and artistic pieces; sad and avant-garde, focusing on specific books, characters, and situations from DFW's body of work. Tyson knew the perfect collaborator for this project—his good friend and cellist Aaron Kerr.

Aaron Kerr is an outstanding cellist with many accolades and a penchant for experimentation and playing his cello in atypical ways. His improvisational skills and open-minded compositional style were just what Tyson needed to get this project off the ground. The only trouble was that at the time, Tyson was living in Chicago, Illinois and Aaron was living in St. Paul, MN so this would have to be a long distance collaboration. Tyson sent off a letter asking Aaron if he would be interested in working together on a strange project with no compositional rules, where Aaron would have complete freedom to play whatever he felt was appropriate to be a soundtrack of sorts to the snippets of stories and character sketches that Tyson would be sending to him. Aaron wrote back with an immediate “YES!” and said it sounded intriguing and he would love to collaborate on the project. Tyson then told Aaron that after all the cello parts were done, Tyson would be adding more instrumentation over the parts to flesh it out and put his own stamp on the sound to represent his own musical interpretation as well. Aaron was agreeable to this, and the DWF Project was born!

Tyson already knew what the first piece was going to be: “Incarnations of Burned Children,” from DFW’s book, “Oblivion”. If anyone ever says 3-4 pages isn’t enough to tell a story, they should read this short piece that packs every element of fiction you need into an intense and mournful scene that could happen to any parent and child at any time. Tyson bought a second copy of “Oblivion”, literally tore the pages of the short story out of it, and sent them to Aaron. Maybe a week or two later, Tyson received a package in the mail from Aaron containing a short note and a CD he had made at home of his first composition. It was frantic, urgent, and sad; which summed up DFW’s piece perfectly. The cello is such an expressive instrument!

Tyson and Aaron repeated this pattern over the course of a few years. Tyson dove back into DFW’s works, re-reading them to find stories and characters that spoke to him on an emotional and intellectual level. He would paraphrase the chosen pieces, sending Aaron enough literary source material and context to work with in order to respond with a musical reaction. When he received these sporadic packages from Tyson, Aaron would work quickly, capturing his cello ideas on a 4-track recorder in his basement. He would then burn a CD of his piece and send it to Tyson, who would listen to it and begin thinking about what further sounds he would like to add to it.

It took a lot of time, but eventually the pieces were finished in this manner. During this time, both Tyson and Aaron continued to work full time jobs, spend time with their families, and write/perform/release music with their other respective bands. Tyson also moved to Milwaukee; a bit closer to St. Paul, but still a ways away! The U.S. Postal Service was an integral part of this whole project! When all of the parts were created, Tyson and Aaron got together (whenever vacation time and money would allow) at I.P.R. Studios in Minneapolis to officially record the pieces. They worked closely with friend/musician and studio engineer Justin Deleon to produce these ideas into a cogent and coherent soundscape that they are all very proud of. The album will be released soon on Emperor Penguin Records, and stay tuned for some samples of pieces and in-progress mixes! Thank you for reading all of this, and Tyson and Aaron hope all of you DFW fans enjoy this unique and one of a kind project!!!

A portion of all sales from this project will be donated to the David Foster Wallace archives at the Harry Ransom Center at the University of Texas-Austin. We believe it is important to carry on DFW’s literary legacy, and we support this organization that has taken on this task.

Tyson and Aaron have collaborated on other band projects, including Heavy Pedal Cello, Swallows, and The Sleeper Pins. Currently, Tyson is frontman for the band LAYERS&LAYERS, while Aaron fronts Aaron Kerr’s Dissonant Creatures and plays cello for J. Briozo. Please check out these projects from Tyson Allison and Aaron Kerr at www.emperorpenguinrecords.com and www.aaronkerr.com

Emperor Penguin Records began in 2003 in St. Paul, MN and later moved to Milwaukee, WI in 2015. The label is run by musician/producer Tyson Allison. EPR enlists and caters to singer/songwriters, introverts, experimental weirdos, bookish people, and crafters that paint pictures with words and toy with your emotions on a well-placed chord. Thank you for your interest! ... more

If you like To Combat Loneliness: Compositions Based on the Works of David Foster Wallace, you may also like:

Bandcamp Daily  your guide to the world of Bandcamp